Many people consider the great Pyramid of Giza to be one of the oldest, greatest and most perfect, and scientific ‘monuments’ on the face of the Earth, created thousands of years ago. However, many people are unaware that the Great Pyramid isn’t only an architectural and engineering marvel, it is a geographical one too: It is  located at the exact intersection of the LONGEST LINE OF LATITUDE and the LONGEST LINE OF LONGITUDE. 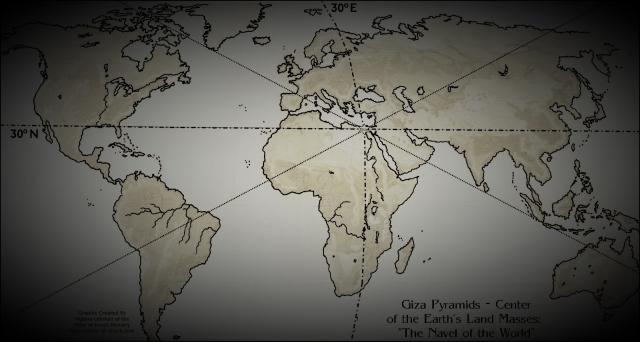 According to experts, the Great Pyramid is the most accurately aligned structure ever created by human beings. It is said that the pyramid faces true north with a mere 3/60th of a degree of error. It is assumed that when it was initially raised that it was precisely aligned with the North Pole, the position of which has shifted slightly over time. But this isn’t even the most puzzling aspect of the geographical positioning of the pyramid.

As an author with a vivid imagination I believe this latitude positioning is proof that it was constructed by an advanced ancient civilization. I believe the Pyramids weren’t tombs, but machines that generated energy by breaking water into hydrogen and oxygen … long before the Pharaohs. Over one hundred shafts cut into the limestone bedrock over the Giza plateau brought in the water from the river Nile. Why they were creating energy … you need to read my book. lol.

Knowledge They Would Need to Know

1) The builders possessed highly sophisticated knowledge of mathematics and geometry.

2) Had knowledge of the true dimensions of the earth to extreme precision.

There is simply no way that the precise positioning of the Great Pyramid was due to chance. And it is doubtful also that it was built as a local project purely for the local populous. Indeed, located exactly where it is upon the earth reveals the remarkable intent of the builders; their aim being to achieve a very elegant mathematical connection between the pyramid itself, and the earth form.

Perhaps the first interesting thing that one discovers about the Great Pyramid is that it is perfectly oriented to the four points of the compass – only being out by 3 arc minutes – a discrepancy of less than 0.06 percent. We are told that the most accurate north-oriented structure today is the Paris Observatory – however, even this is 6 arc minutes off from true north. 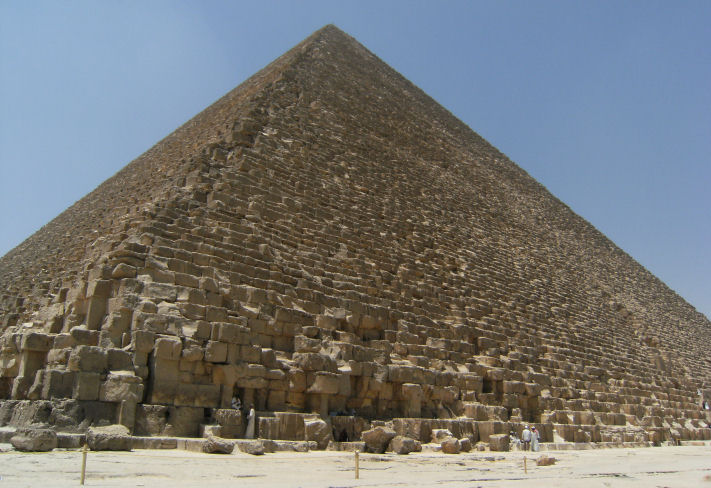 The co-ordinates of the structure under the WGS84 earth model are as follows:

Of the two noted values, the latitude is of greatest significance, as the placement of the pyramid north of the equator is the very thing that forces one to conclude the builders knew the true and exacting dimensions of the earth.

In my latest novel Last Secret Chamber I give my reasoning: why it was placed there and by who? Watch the Cinematic Book Trailer and Read a FREE Sample Chapter Here.

The Great Pyramid of Giza is the oldest monument of the Seven Wonders of the Ancient World, and will always share a special place in my heart. Below are some pictures of me, taken on the Giza Plateau in 1997. I was 18 years old. 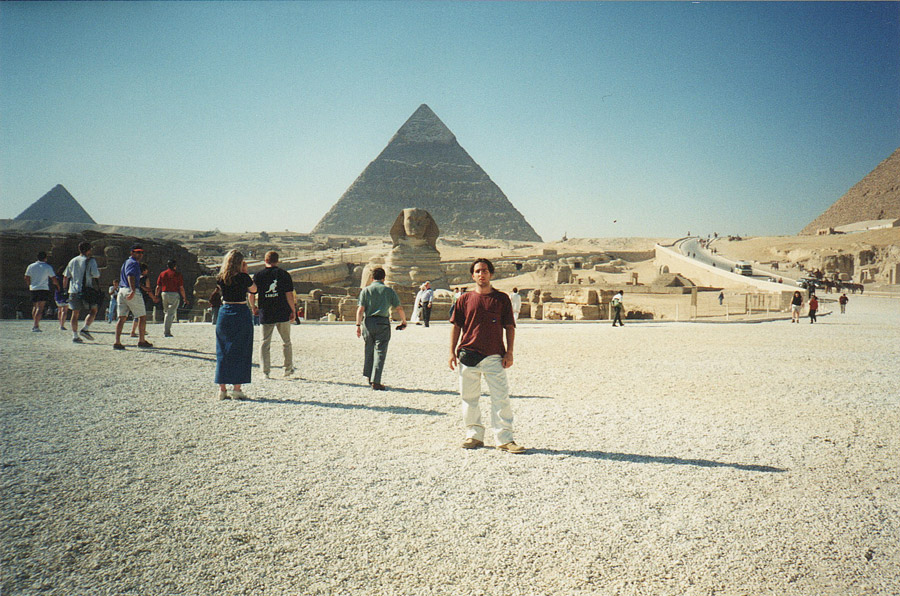 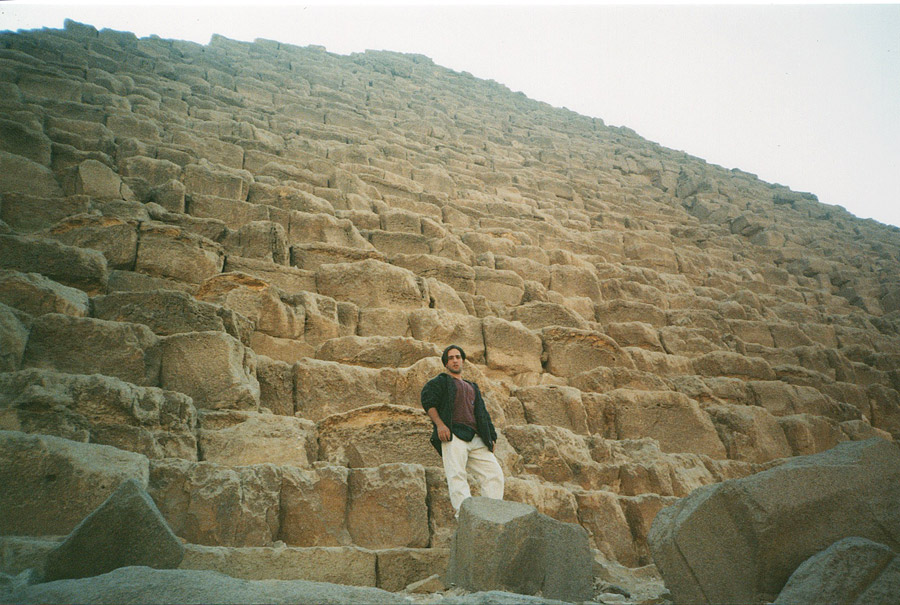