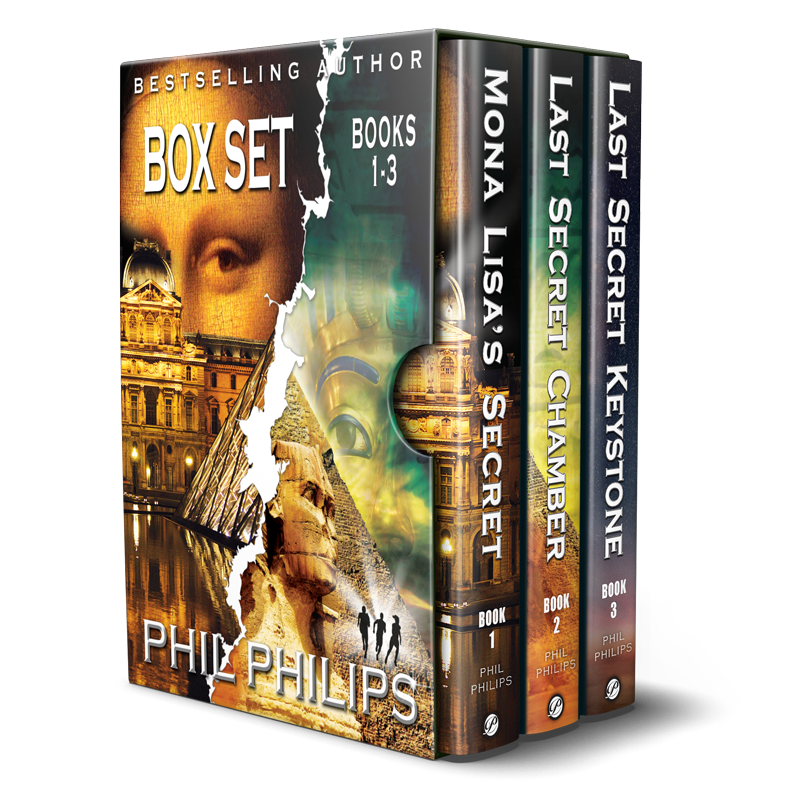 To anyone who is a history buff, an art lover, an adventure junkie, and/or obsessed with history’s mysteries this is the perfect series for you.

With over 1000 pages of action-adventure and conspiracy thrills. 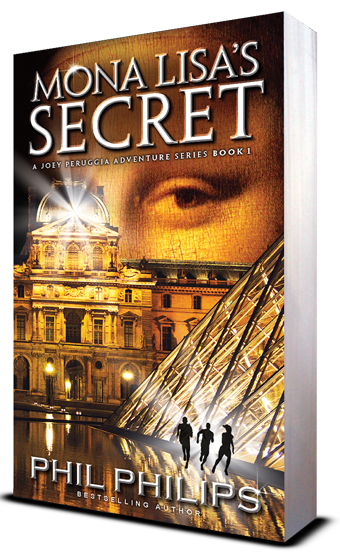 THE TRUTH WILL BE REVEALED

Joey is the great-grandson of Vincenzo Peruggia, the man who stole the original Mona Lisa in 1911. Along with his girlfriend, Marie, an art connoisseur, he stumbles across his father’s secret room and finds himself staring at what he thinks is a replica of da Vinci’s most famous masterpiece.

The Louvre has kept this secret for over one hundred years, waiting for the original to come to light, and now they want it back at any cost.

With Marie held hostage and the Louvre curator and his men hot on his trail, Joey is left to run for his life in an unfamiliar city, with the priceless Mona Lisa his only bargaining chip. While formulating a plan to get Marie back with the help from an unexpected quarter, Joey discovers hidden secrets within the painting, secrets which, if made public, could change the world forever.

In this elaborately plotted, fast-paced thriller, Phil Philips takes you on a roller-coaster ride through the streets of Paris and to the Jura mountains of Switzerland, to uncover a secret hidden for thousands of years … 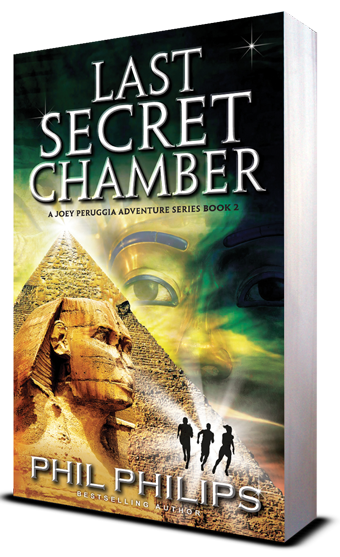 Where is ancient Egypt’s last secret chamber, and what is concealed within?

When an archaeologist is murdered in his Cairo apartment, an ancient artifact is stolen from his safe – one believed to hold the clue to the last secret chamber.

When Joey Peruggia discovers that the dead man was his long-lost uncle, he travels with his girlfriend, Marie, and his friend Boyce, who works for the French intelligence, to Egypt, on a mission to find answers.

But once they arrive, they are lured into a trap and become hostages to a crazed man and his gang of thieves. This is a man who will stop at nothing to discover what lies in the last secret chamber.

All bets are off, and only the cleverest will survive this deadliest of adventures.

In this elaborately plotted, fast-paced thriller, Phil Philips takes you on a roller-coaster ride through Egypt’s most prized structures on the Giza plateau, to uncover a secret hidden for thousands of years … 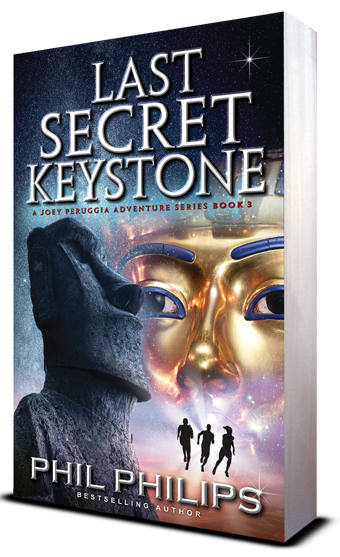 When a cargo plane carrying an ancient vase crashes into the Atlantic, the DGSE – otherwise known as the French CIA – immediately suspect it’s deliberate. The vase is believed to hold a key that gives entrance to a hidden cave on Easter Island: a site connected with ancient Egypt and an otherworldly portal discovered deep beneath the Great Pyramid of Giza.

Joey, Marie, and Boyce are once again caught up in a dangerous adventure, forced on them by a trained assassin who is on his own spiritual quest for answers … A ruthless man who will stop at nothing to get what he wants.

His objective: to find the last secret keystone, and with it activate the portal once again. Joey and his friends must stop him – at any cost.

In this fast-paced thriller, Book 3 in the Joey Peruggia Adventure Series, Phil Philips takes you on a roller-coaster ride from the giant Moai statues of Easter Island to the Greek island of Santorini and back to Egypt, where the fate of humankind once again rests with the most unlikely of heroes.