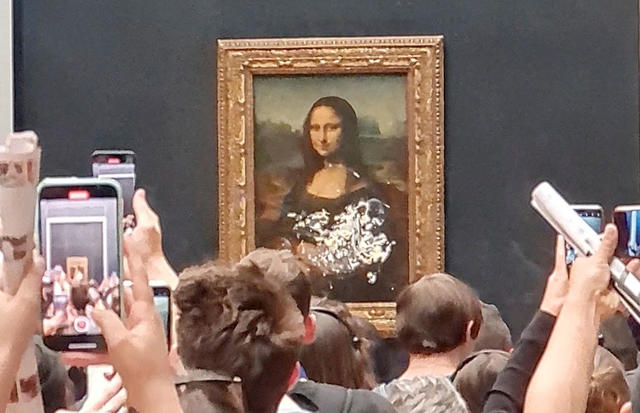 The Mona Lisa, also known as La Gioconda or La Joconde, is one of the most famous paintings in the world. Painted by the Italian artist Leonardo da Vinci between 1503 and 1519, the portrait has captivated audiences for centuries with its enigmatic smile and mysterious subject. But who is the woman in the painting, and what secrets does the Mona Lisa hold? In this blog post, we will take a closer look at the mysteries surrounding the Mona Lisa and the painting’s enduring legacy.

One of the most enduring mysteries of the Mona Lisa is the identity of the woman in the portrait. According to some experts, the woman is Lisa Gherardini, the wife of Francesco del Giocondo, a wealthy merchant from Florence. However, others argue that the subject of the painting is a fictional creation, a representation of an idealized woman rather than a specific person. In my fictional novel Mona Lisa’s Secret, I explain the true identity of the painting and it will blow your mind. 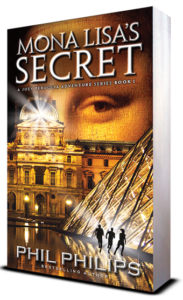 The Mona Lisa’s smile has also been the subject of much debate and speculation. Some have interpreted the slight smile as a sign of secret knowledge or inner happiness, while others have suggested that the smile is a representation of the sitter’s enigmatic personality.

The Mona Lisa is also famous for the painting technique used by da Vinci. The artist employed the technique of sfumato, which uses layers of translucent paint to create a soft, hazy effect. This technique gives the Mona Lisa’s face and hands an almost ethereal quality, and has been described as “the smile of the Sphinx.” The use of sfumato also gives the painting a sense of depth and movement, making the Mona Lisa appear almost alive.

The Mona Lisa’s history is also shrouded in mystery. The painting was owned by French king Francis I and was kept in the Palace of Fontainebleau for many years. In 1911, the Mona Lisa was stolen from the Louvre in Paris, where it was on display. The painting was recovered two years later and returned to the Louvre. The theft and recovery of the Mona Lisa made it an even more famous and valuable painting. But what if the painting that was returned to the Louvre was an exceptional fake? Don’t forget at the time it was not famous only after its return it became a legend.

The Mona Lisa has also been the subject of many forgeries and replicas. Many artists have attempted to replicate the painting over the years, with varying degrees of success. Some forgeries are so convincing that they have been passed off as the original Mona Lisa. In 2013, a painting known as the “Isleworth Mona Lisa” was discovered, and while some experts believe it to be an earlier version of the painting, others argue that it’s a copy.

The Mona Lisa’s enduring legacy can be seen in the countless reproductions, parodies, and references to the painting in popular culture. From Warhol’s pop art version to The Simpsons, Mona Lisa has been an inspiration for many artists and creatives. The painting has become a symbol of the Renaissance and a representation of the ideal of beauty and femininity. The Mona Lisa’s enduring fame is a testament to the skill and genius of Leonardo da Vinci, and the painting’s enduring appeal is a testament to the enduring human fascination with beauty, mystery, and the unknown.

In conclusion, the Mona Lisa is more than just a painting, it’s a cultural icon that has captivated audiences for centuries. From its enigmatic smile to its mysterious subject, the Mona Lisa is a painting full of secrets and mysteries that continue to inspire and fascinate. Its enduring legacy can be seen in the countless reproductions, parodies, and references to the painting in popular culture. The Mona Lisa’s enduring fame is a testament to the skill and genius of Leonardo da Vinci.

Uncovering the Mysteries of the Mona Lisa: A Closer Look at the World’s Most Famous Painting