In the middle of Western Australia’s vast desert, at a place called Yarrabubba, lies a mound of granite. 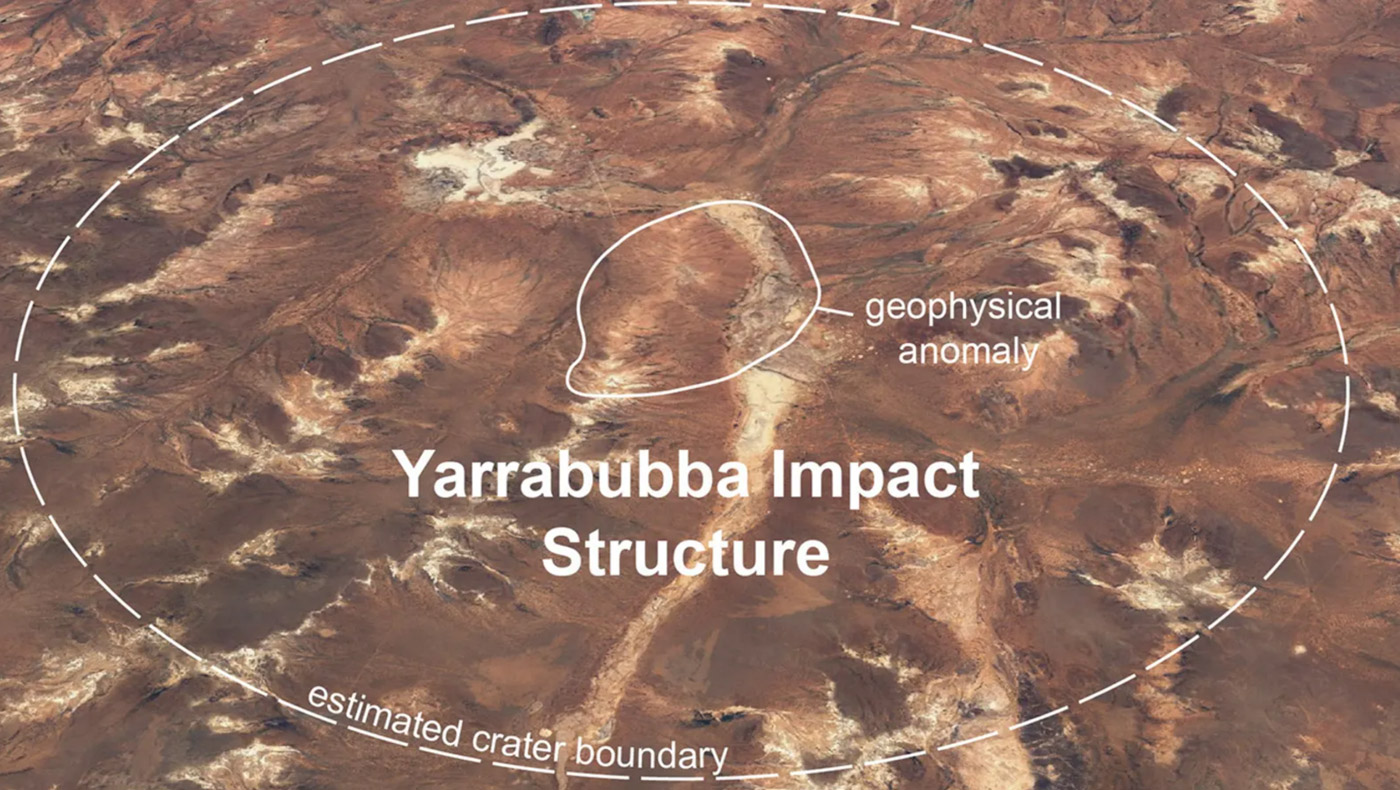 On Wednesday, a team of Australian scientists announced they believe the mound was the last remaining trace of a huge meteorite that struck Yarrabubba about 2.229 billion years ago.

It left an impact crater 70 kilometers wide – more than twice the size of Melbourne. 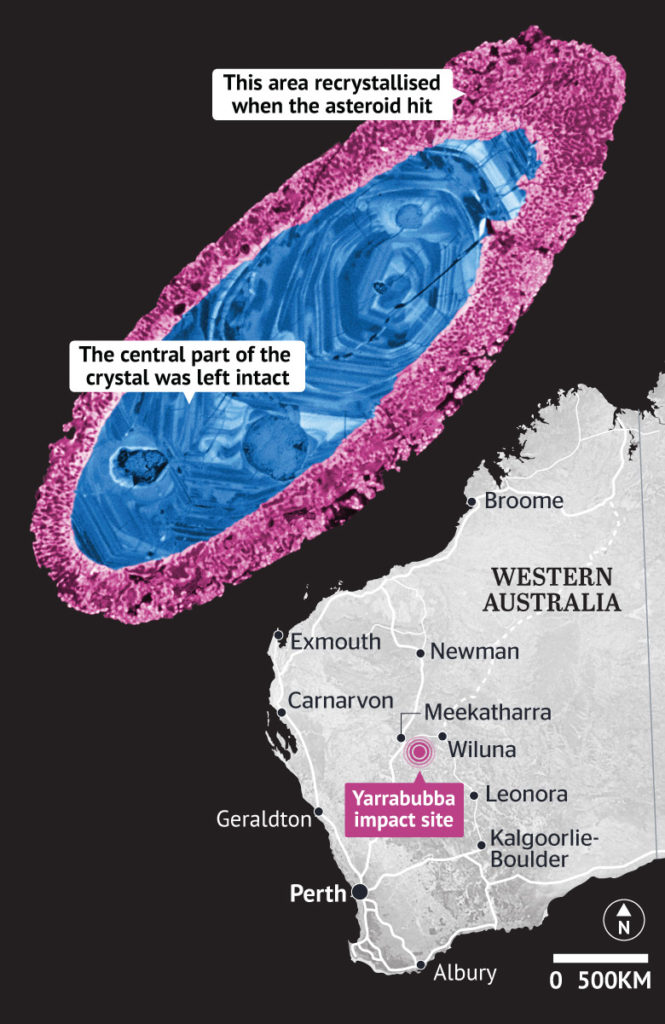 Scientists believe it may have been powerful enough to kick Earth out of an ice age and start the planet on the path to complex life.

When the meteorite hit, the Earth was frozen. Kilometer-thick glaciers covered most of the globe’s surface. There was little oxygen in the atmosphere, and life consisted largely of microbes. Scientists call it Snowball Earth.

At about the same time in the Earth’s history, the planet started to rapidly warm. The atmosphere filled with oxygen and conditions became ripe for animals to emerge. There are several theories why, including volcanoes belching carbon dioxide into the atmosphere and warming the planet.

But a meteorite strike could have done the job, too, especially if it hit a glacier, Professor Kirkland says. “You’d instantly vaporize a huge volume of ice, which turns to water vapor straight away, and you kick that up into the atmosphere. And we know water vapor is a really good greenhouse gas.”

As an author of historical fiction, these discoveries spark my creative juices. Next novel, maybe… 🙂

Information for this blog has been collected from the Sydney Morning Herald.

A huge meteorite hit Australia 2 billion years ago. Did it lead to life as we know it?