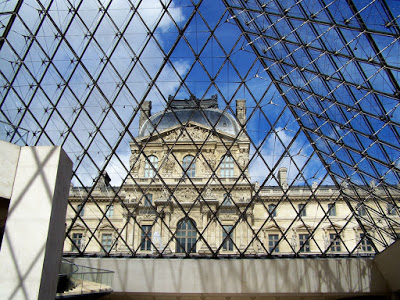 Joey Peruggia wakes up one morning feeling on top of the world. He’s young (26), has a beautiful girlfriend, Marie, and is financially secure after inheriting his father’s wealth. He’s even living in his father’s penthouse suite at what is now his Beach Club. He’s walked away from what could easily have been a life of crime – and crime runs in the Peruggia family. In fact, Joey’s great-grandfather Vincenzo Peruggia started the criminal run in the family by stealing the Mona Lisa from the Louvre in 1911, and keeping it in his Paris apartment for two years before returning it to the museum. 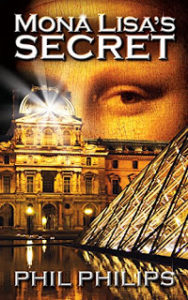 Except, as Joey discovers on that beautiful morning, Vincenzo didn’t return the painting. He had an expert copy made, and returned the copy. He had kept the original. Joey and his girlfriend find the original secreted in a hidden room in the penthouse. The painting had apparently been passed down through the Peruggia family.

Joey sees an opportunity to clear his family’s name by returning the painting to the Louvre. He calls Pierre Savard, the museum’s curator, with the offer to return the painting. Pierre is overjoyed, and sends a plane to Los Angeles to bring Joey, Marie, and the painting to Paris. What Joey doesn’t know is that Pierre has no intention of a public announcement. Instead, he plans to have three former special military men kill both Joey and Marie once the painting is in his hands.

The Mona Lisa – the real painting – harbors a secret, and it is that secret that Pierre wants and will kill to get.

Mona Lisa’s Secret by Sydney-based author Phil Philips is a sustained series of near-death experiences for Joey and Marie, narrow escapes, harrowing captures, and still more near-death experiences from Paris and Switzerland to Cyprus. Every time it appears that Joey is done for, he manages to pull a rabbit out of a hat and escape. You keep reading not only to find out the painting’s secret and where it will lead but also to see Joey avoid certain death time and time again.

Philips is also the author of the novel Fortune in Blood, and if it’s anything like Mona Lisa’s Secret, I’ll need to rest and recover from the life-threatening excitement for Joey and Marie (and a teenaged Parisian boy who becomes their sidekick and occasional savior) before tackling another one.

Mona Lisa’s Secret is a Raiders of the Lost Ark kind of a read, highly entertaining, and offering a mini-course in art history along the way. And, by the way, the only factual thing in the book is that a Vincenzo Peruggia did steal the Mona Lisa in 1911 and returned it two years later. 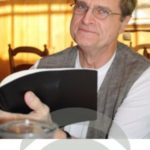